How To | Edit MIDI Cues 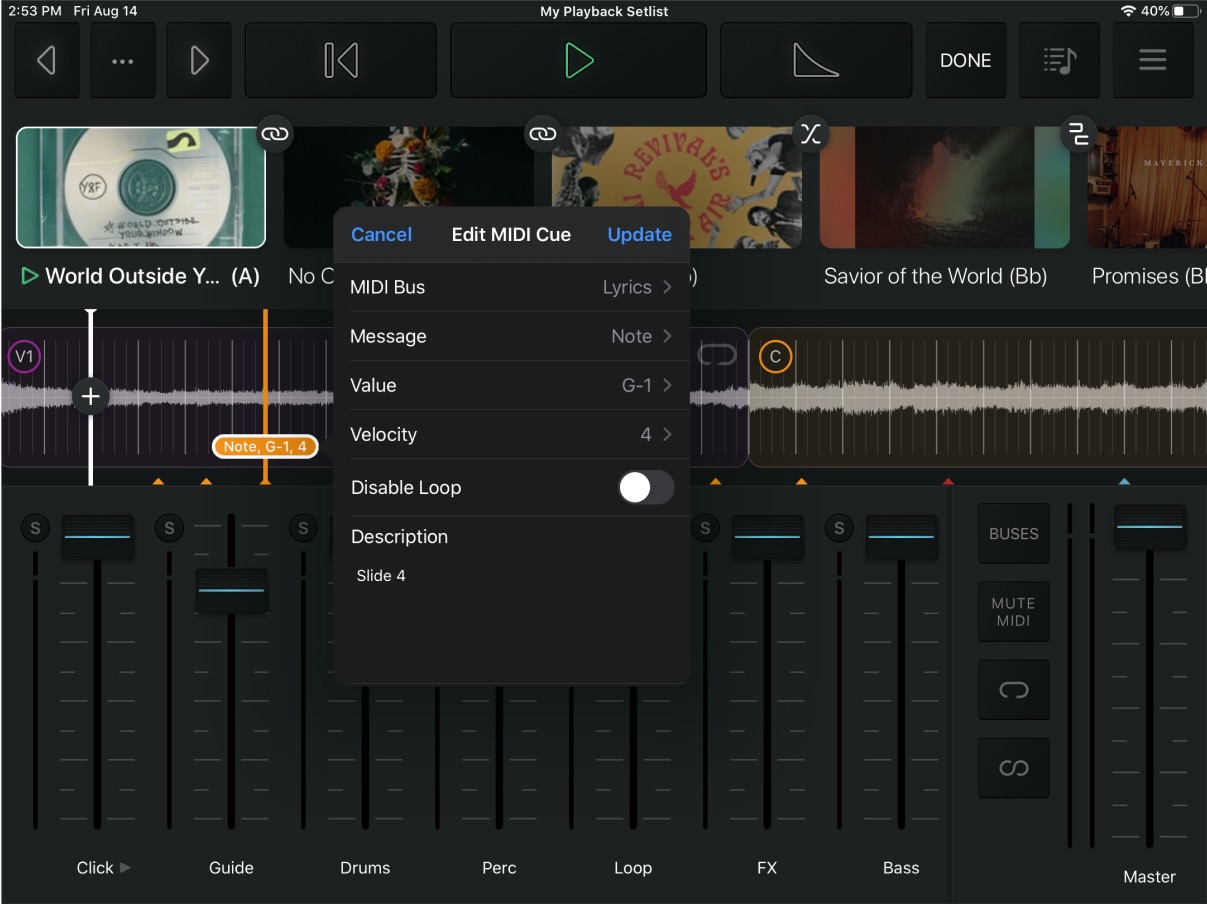 What is MIDI Out?

Playback can control live production alongside purchased, rented, or uploaded MultiTracks to keep your lyrics, lights, and everything else in sync with MIDI Cues. Add MIDI Cues to any song in your Library, and send them out of Playback to control software or musical hardware that receives MIDI Notes, Control Change (CC), or Program Change (PC) messages.

How do I Unlock MIDI Out in Playback?

MIDI Cues can be used in Playback in a couple of ways.

A Cloud Pro Intro subscription or higher unlocks MIDI Cue cloud storage in your account, which means that MIDI Cues added to songs in your library via MultiTracks.com can be used with any tier of Playback. However, all cue editing and uploading must be done online.

How do I edit my MIDI Cues directly in Playback?

How to Use MIDI Cue Editing in Playback

Enter the MIDI Cue Edit menu by Long-Pressing the Edit button in Playback.

Add and customize MIDI Cues anywhere on the timeline of the song.

MIDI Cue Editing in Playback makes MIDI Out easier than ever before.

Check out this walk-through video to see how easy it is to edit MIDI Cues in Playback!