HOW TO | Add Tempo Changes to a Cloud Song

Playback supports tempo changes in Cloud Songs; learn how to correctly add them to your original song.

Written by Trevor
Updated over a week ago

Playback supports gradual tempo changes as well as instant tempo changes. Here's how to program either in your Cloud Song shell on MultiTracks.com.

Note: For the sake of this article, Ableton Live will be the DAW music software used to show tempo changes in a DAW. However, tempo change mapping and timecode can be found in most DAWs and utilized in Playback. 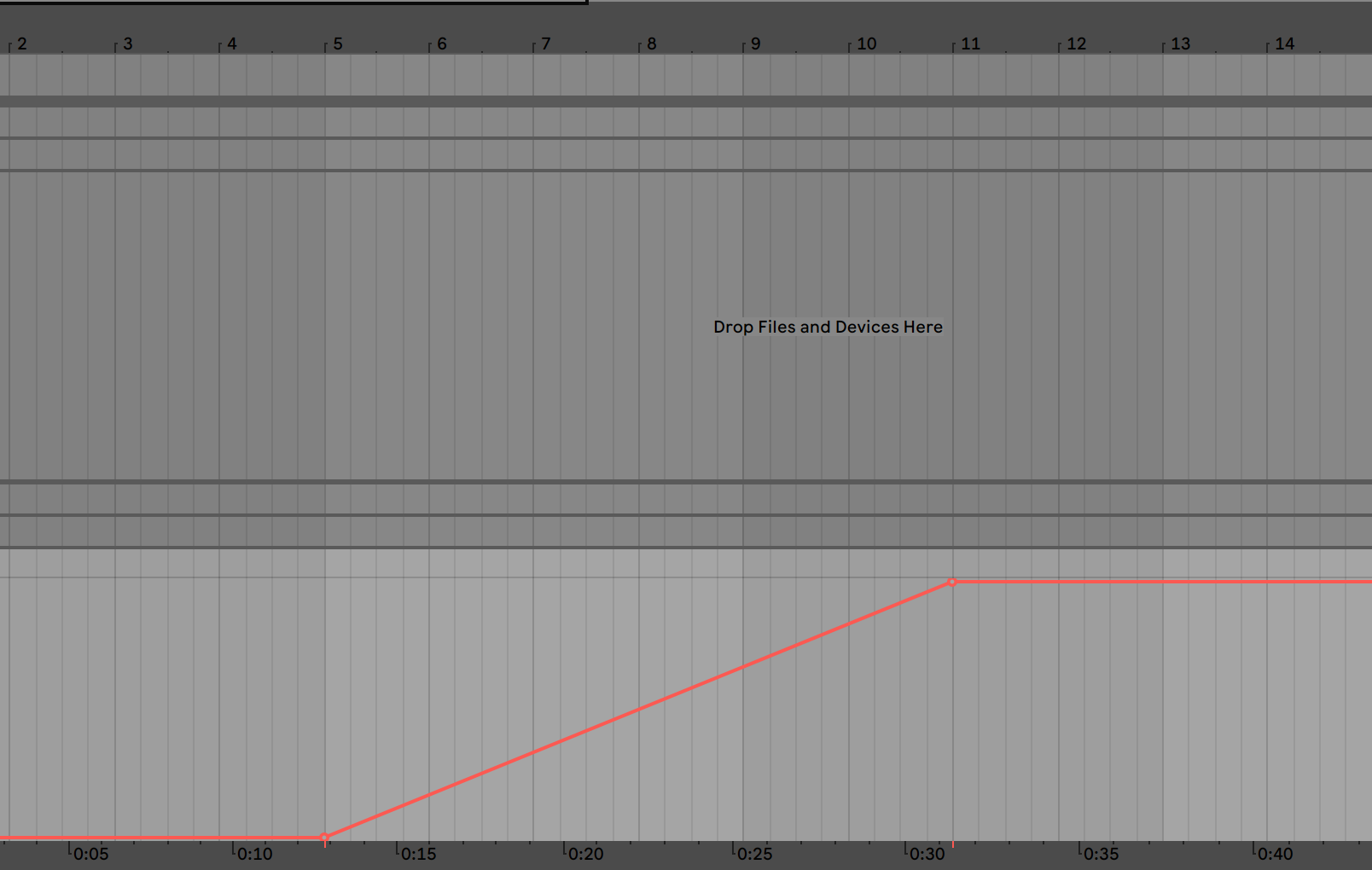 In the master track of the above Ableton Live session, you can see that there is one BPM point at measure 5, one point at measure 11, creating a gradual slope. Here's how to draw this slope into Playback.

1. Set the starting song BPM. For this particular song, it starts at 75 BPM.

2. Find the Timecode of each BPM point 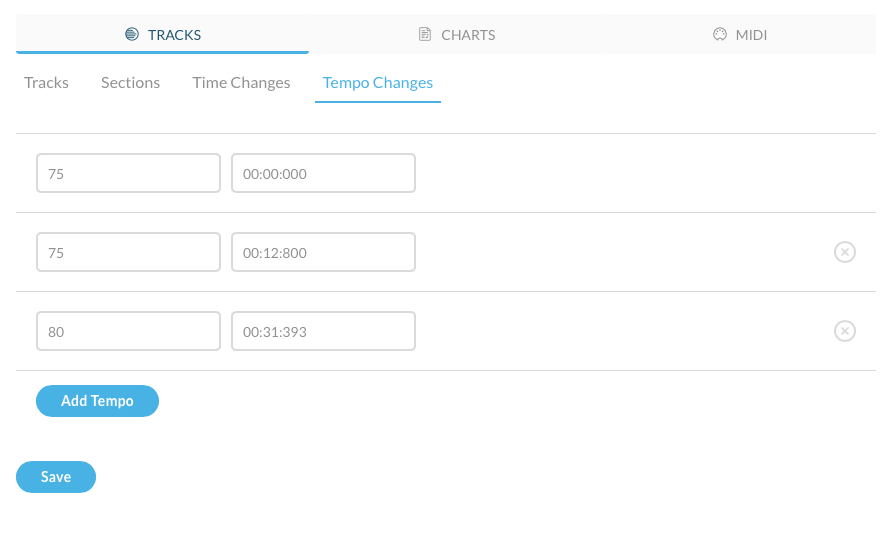 3. Save Tempo Change Markers. Once saved, your song can be opened up in Playback and the tempo, waveform grid, and built-in click track will follow the tempo changes!

When songs have a sudden BPM change, the tempo change markers need to be drawn differently, so that Playback successfully changes from one tempo to another in the same millisecond. Here's what an instant tempo change looks like on a DAW timeline:

^ On measure bar 5, the tempo instantly changes from 75 to 80 BPM. Here's how to implement this via tempo change markers for Playback.

2. Find the timecode of the singular tempo change marker. 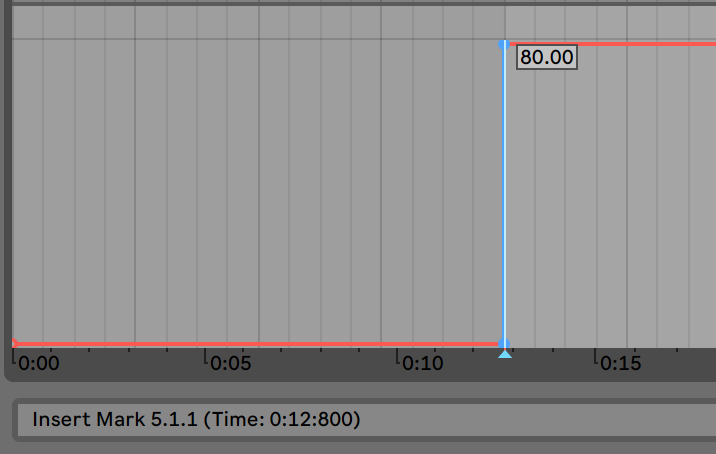 3. Add the tempo markers to cloud song on MultiTracks.com 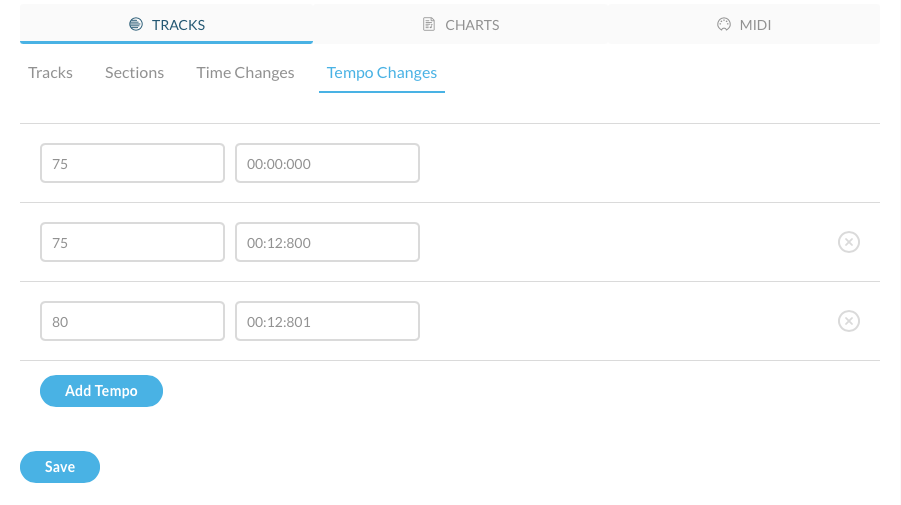 3. Save Tempo Change Markers. Once saved, your song can be opened up in Playback and the tempo, waveform grid, and built-in click track will follow the tempo changes! At bar 5, the tempo BPM will instantly change from 75 to 80.