All Collections
Playback: Dynamic Tracks App
Audio Interfaces and MultiOuts
How do I use Playback with my Behringer X32/ Midas M32 Digital Mixer?

How do I use Playback with my Behringer X32/ Midas M32 Digital Mixer?

Learn how to send audio outputs from Playback to your X32 or M32 sound system.

Playback has the power to send up to 10 audio outputs to a connected USB audio interface with a Playback Pro subscription.

Note: the screenshots will be of the M32-Edit free software, which can be used to remotely setup an M32 Digital Mixer. However, the steps can be easily followed in the nearly identical X32-Edit software (for remote control of an X32 Mixer), as well as on the physical mixer consoles. Simply locate the provided actions as physical buttons instead of options in a software (such as Setup, Routing, and more)

Introduction to X32 and M32 Mixers 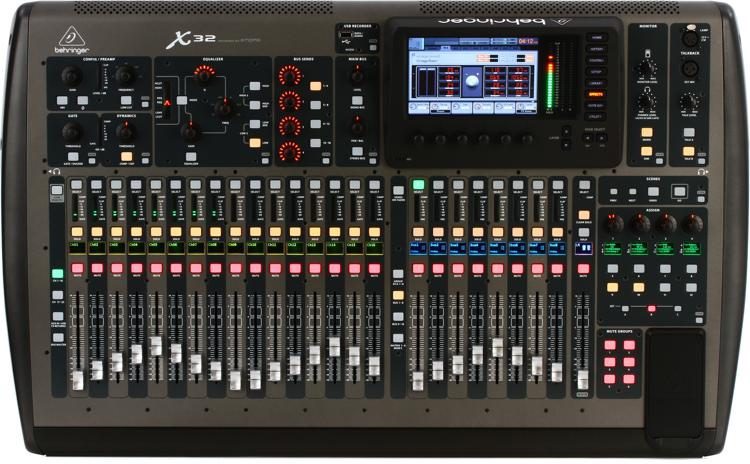 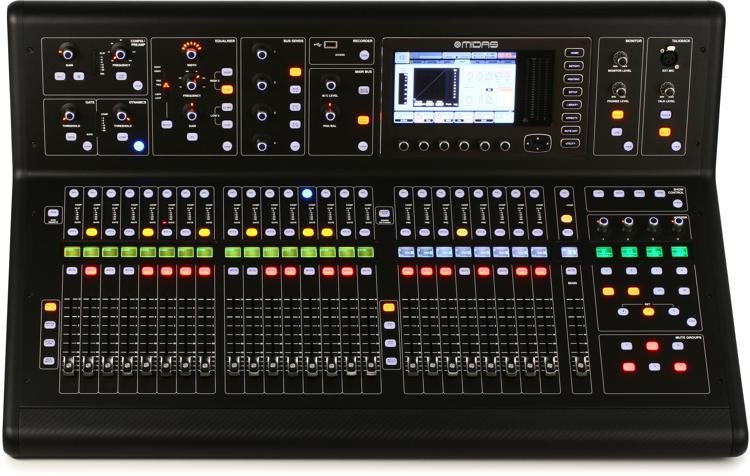 Both of these console series' have options with and without physical channel faders, as well as rack mountable versions. With the proper expansion hardware, any X32 or M32 console can be connected directly to Playback without using any analog inputs.

Step 1: Connect your iOS device to the USB Audio Interface

Every variant of the Behringer X32 and Midas M32 consoles comes with a pre-installed USB Audio Interface expansion card. This USB Bus input acts as a input/output audio interface and can be used to send audio tracks to and from a connected device.

Connect Playback directly to the USB input using an Apple official iOS Camera connection adapter, depending on your iOS device.

Once connected to the console, Playback will show a confirmation identifying the mixer as the new audio device. 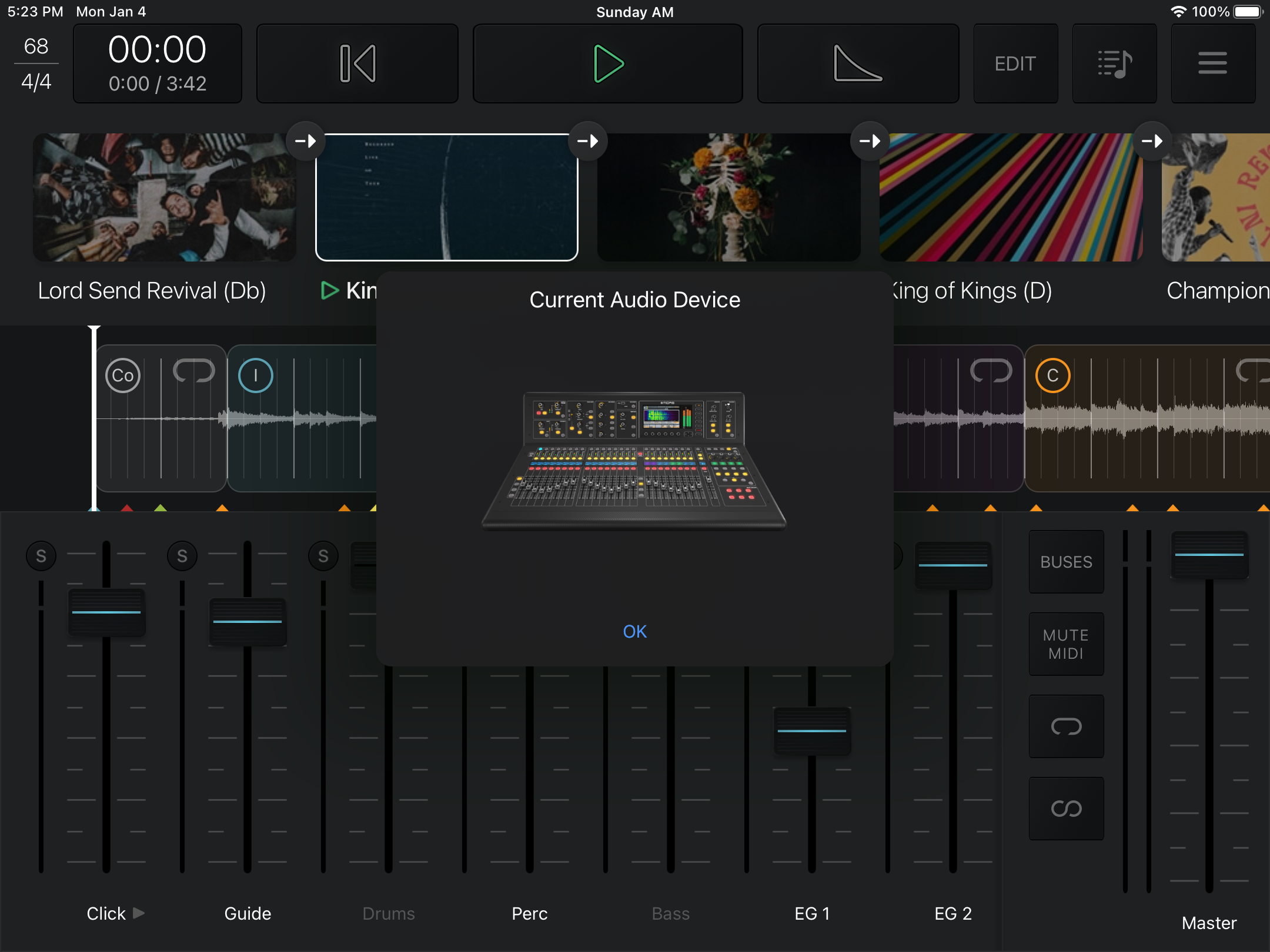 All inputs and outputs through the USB Expansion Slot are identified in X32 and M32 consoles by the Card Source Inputs/Outputs and can be routed to any channel on the mixer.

Playback can send up to 10 outputs with a Playback Pro subscription, and up to 32 outputs with a Premium subscription. In order to take full advantage of Playback's output capabilities, the Card needs to be configured to receive 16 inputs from the connected USB device. 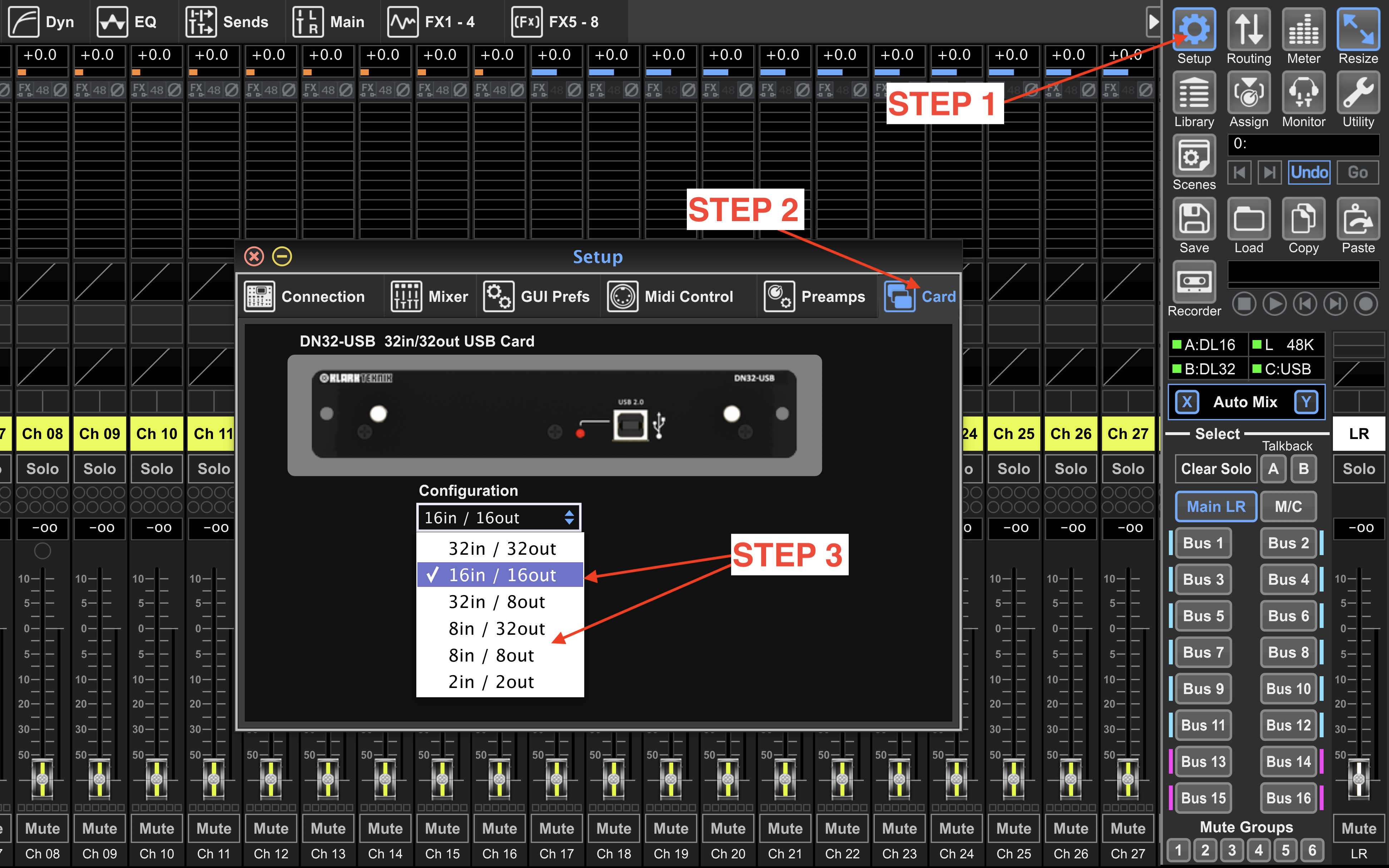 Step 3: Route the Card Inputs 1-10 to your Channel Mixer

Once the card is configured to receive Playback's 10 outputs, the actual Card sources need to be patched to the mixer. 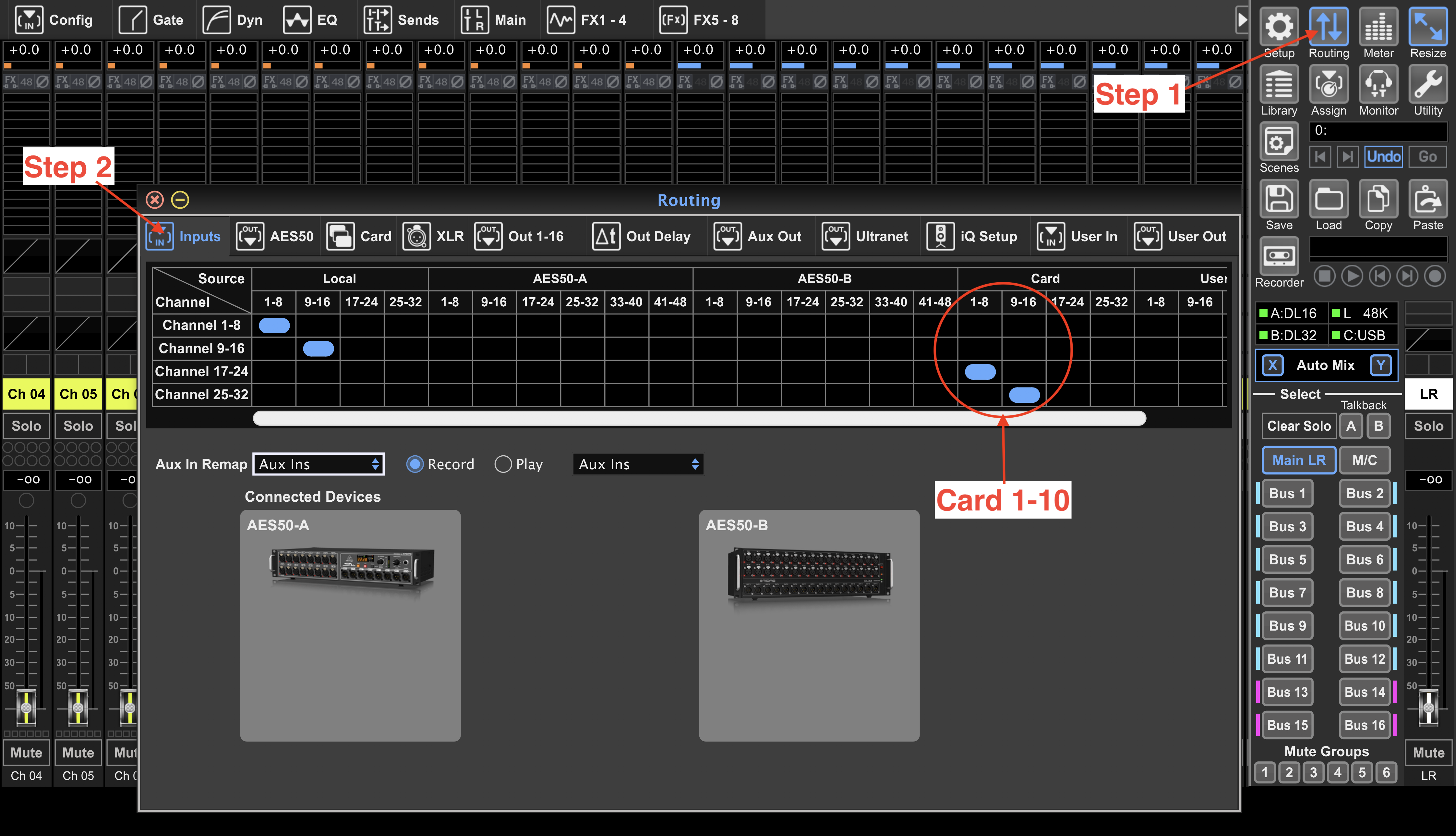 In the above screenshot of M32-Edit, Card sources 1-16 are currently bulk patched to the mixer's channels 17-32. This means that channels 17-26 would be receiving Playback's outputs 1-10:

Note: Card Source Inputs 1-10 can also be individually routed to any channel in your digital mixer from the main channel view -> select a channel -> select Config in the top left corner of the software.

Using Playback's Bus Routing, you can customize which Card sources will receive which tracks from Playback. While SmartRouting will pre-determine default bus settings, any bus can be re-routed to any of the 10 possible outputs. 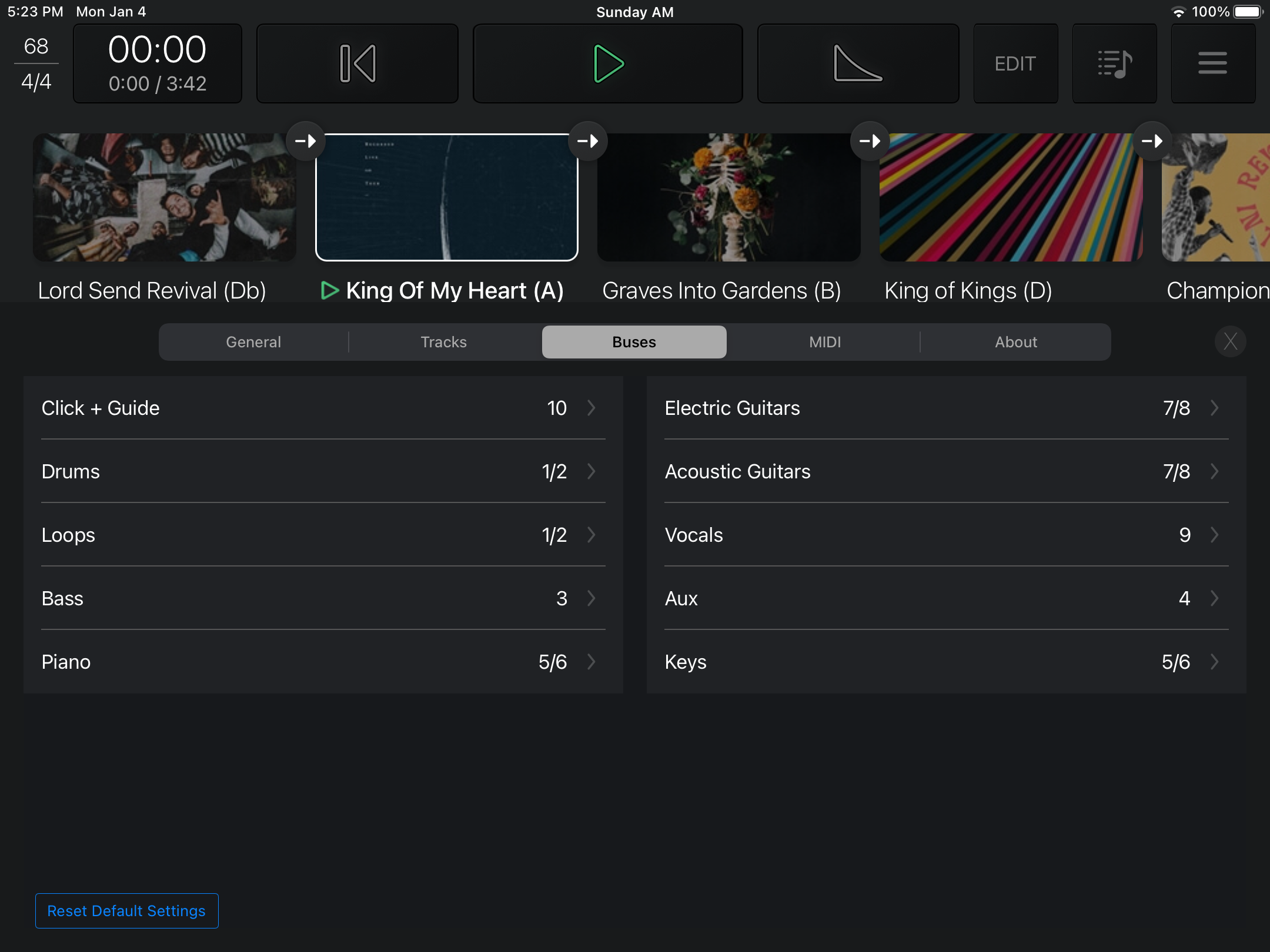 Once these steps have been followed, Playback will successfully send up to 10 outputs to your X32/M32 digital mixer!

Unlock Playback Premium subscription for access to up to 32 audio outputs, Playback for Mac, and more.